Nitrogen Dioxide [1] — is one of the most common atmospheric pollutants. Stimulates acid rain, affects the respiratory tract and lungs, causes changes in the composition of blood, in particular, reduces the content of hemoglobin in the blood. 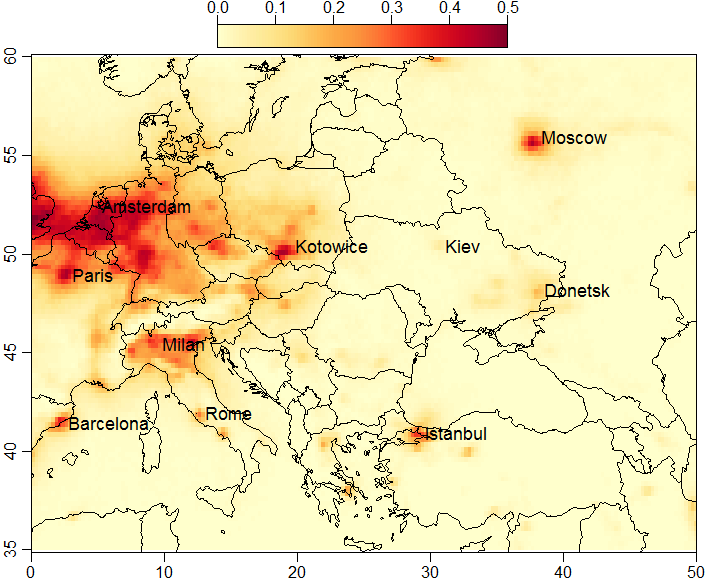 The map color scheme is selected to be good for grey-scale printing. If you would like to print the information from this post, please refer to a publication [4].

The air pollution risk is defined as the probability of observing a pollutant concentration in a given interval over the territory under investigation. The risk is calculated for each grid cell. This risk calculation technique is simple yet delivers extensive understanding of typical air pollution character.

The risk of pollution for a grid cell equals to R(a, b) = S(a, b)/T, where S(a, b) is the number of days with nitrogen dioxide concentration in [a..b] interval (Dobson Units [5]), and T is the number of days for which nitrogen dioxide measurements are not missing due to clouds or other reasons. Both S(a, b) and T are calculated for each grid cell.

Category intervals were selected to account for as many as possible NO2 pollution features (visually) and keep the number of categories acceptable.