Below are examples of visualizing isolines for satellite data.
Click an image for its bigger version.


Eastward wind speed for 10 meters above sea surface (u10m) on the 28th of August, 2005. Blended data product from several satellites including QuikSCAT, SSMIs, TMI and AMSR-E. 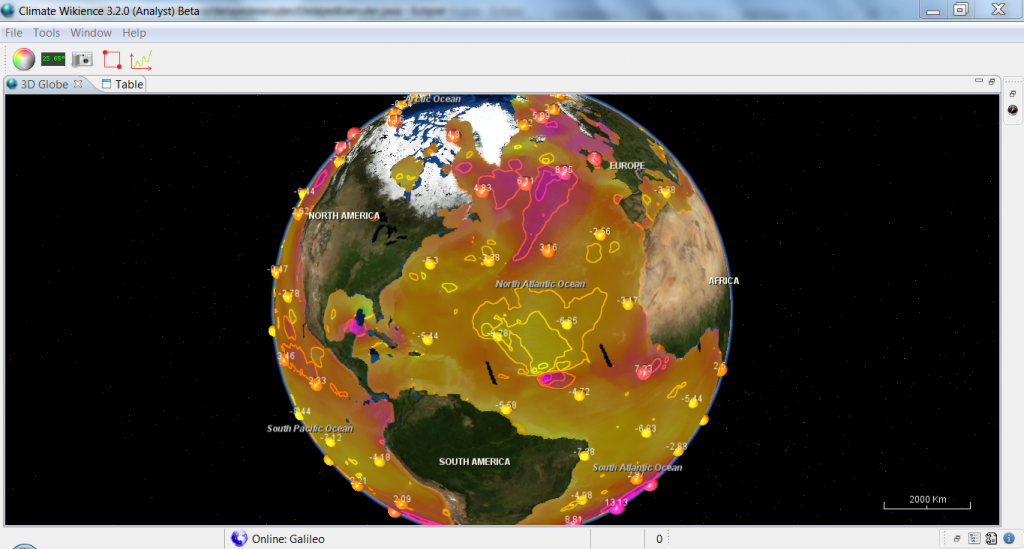 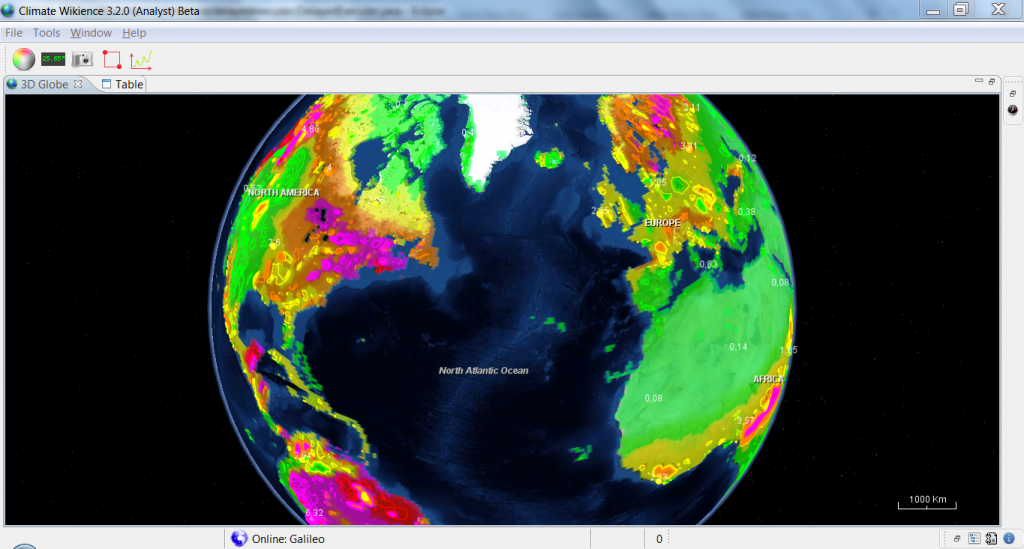 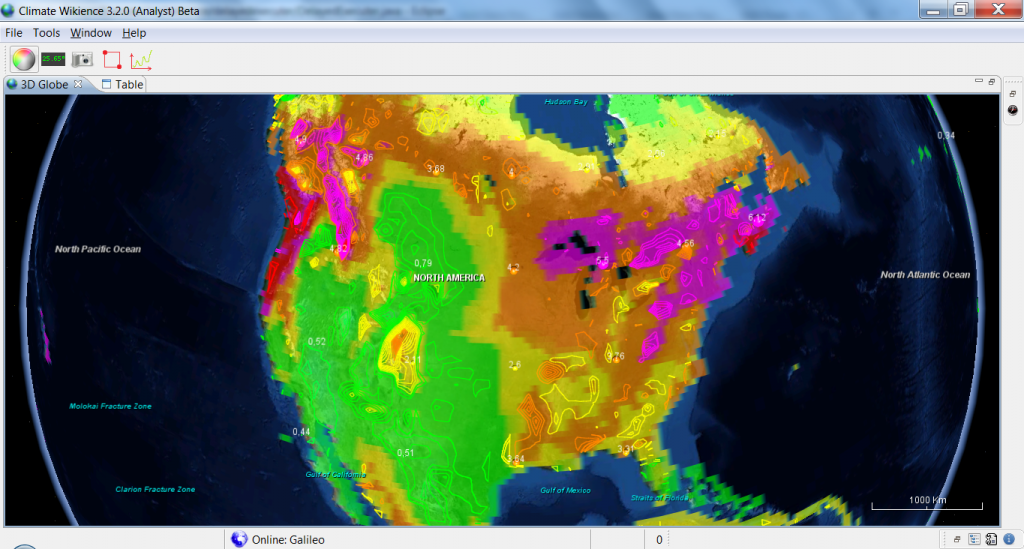 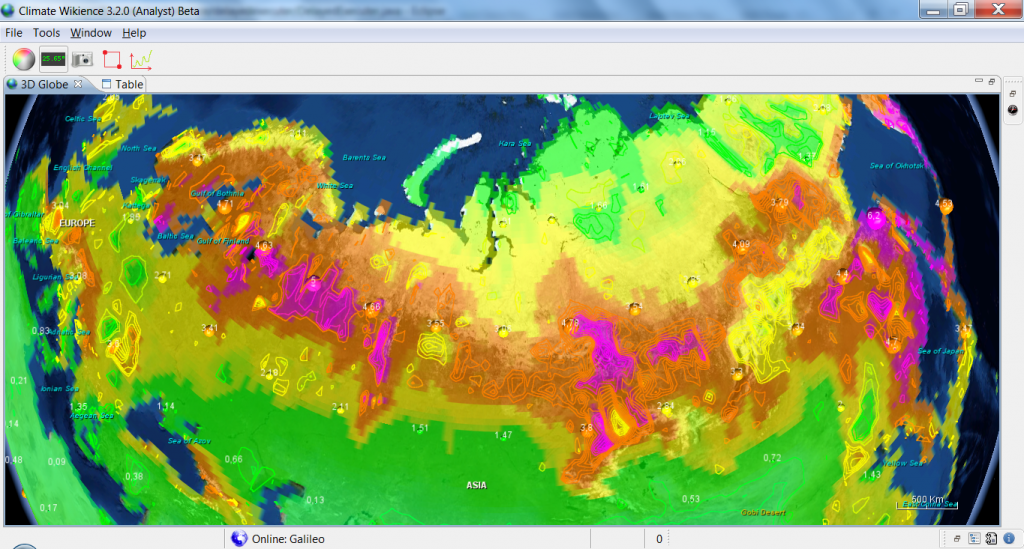 
Zoom over South America with several labeled isolines and increased width of isolines (compare “Properties tab” of this image and the one below).

The same area without isolines labelling. 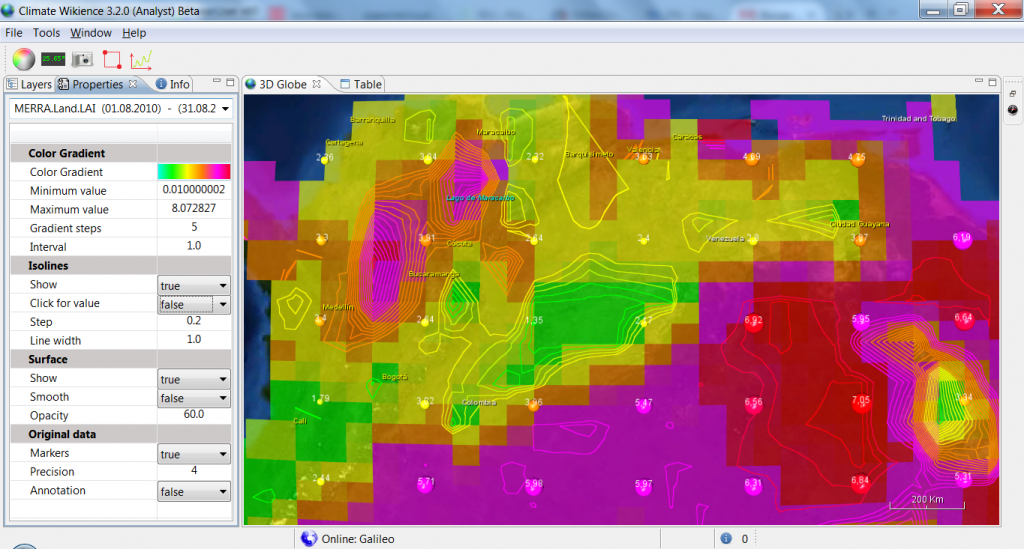 
Aura OMI Nitrogen Dioxide (NO2) tropospheric concentration on the 1st of October, 2004. 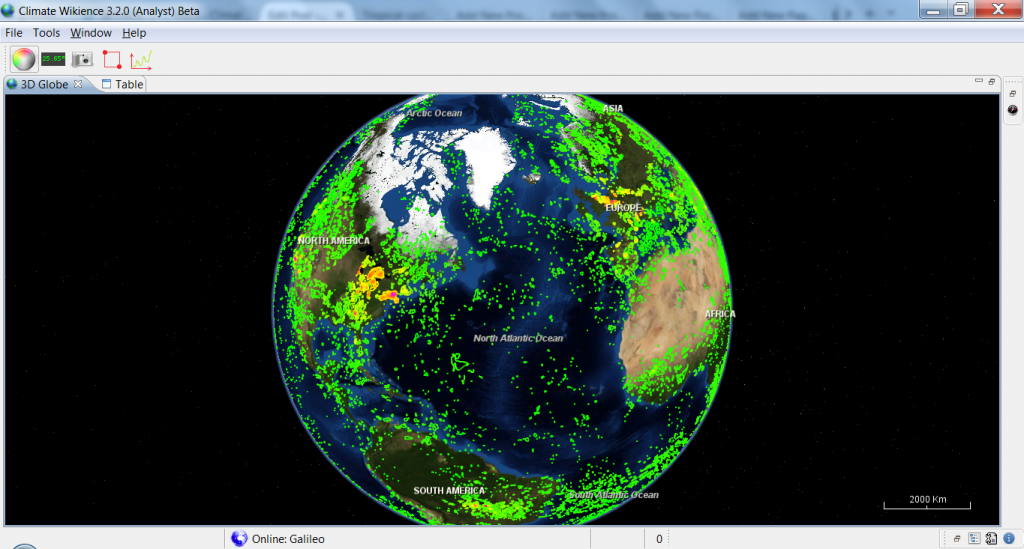 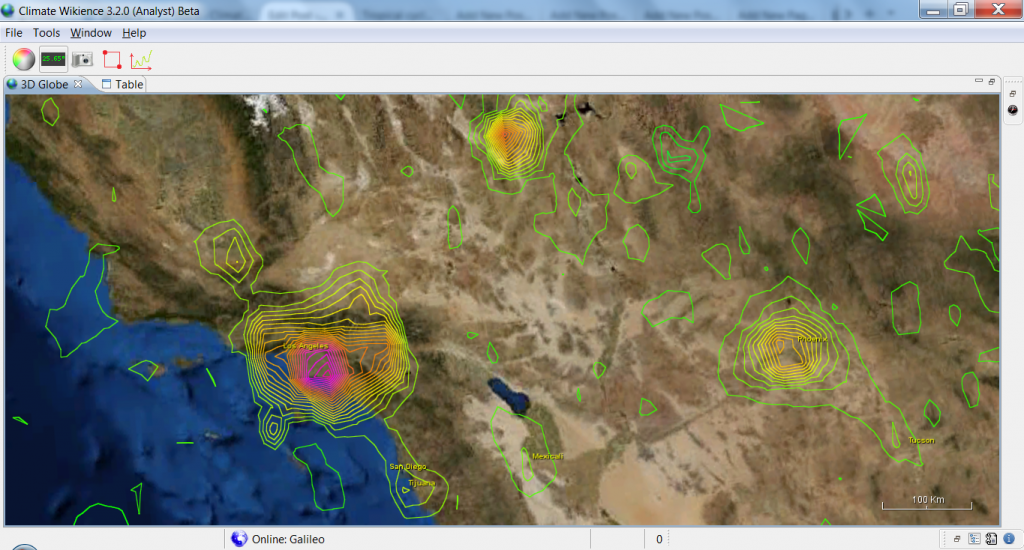 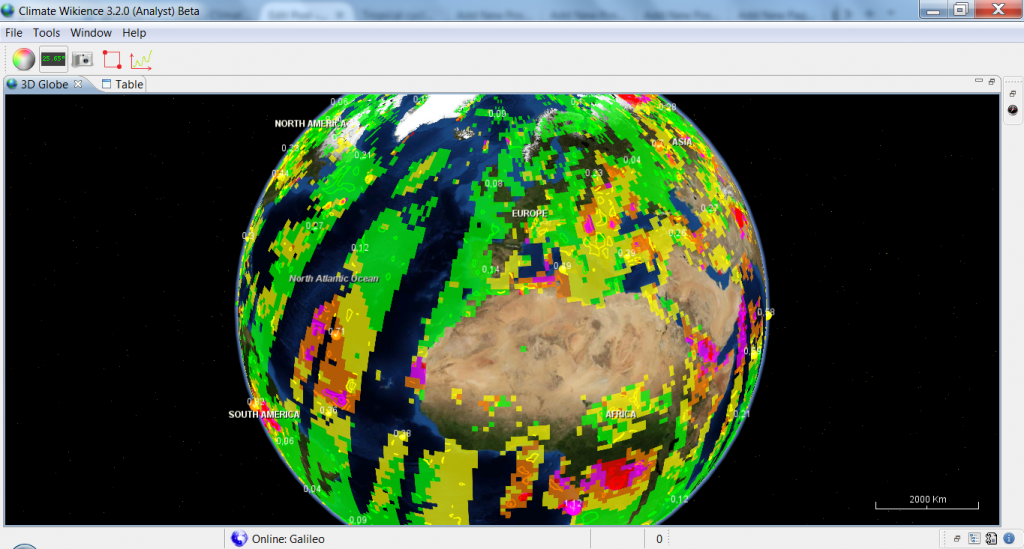 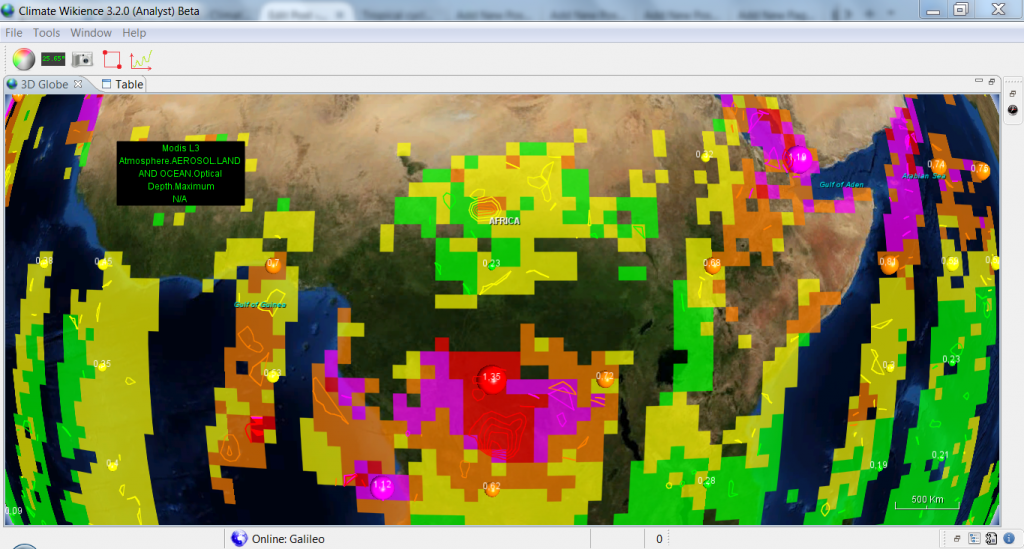 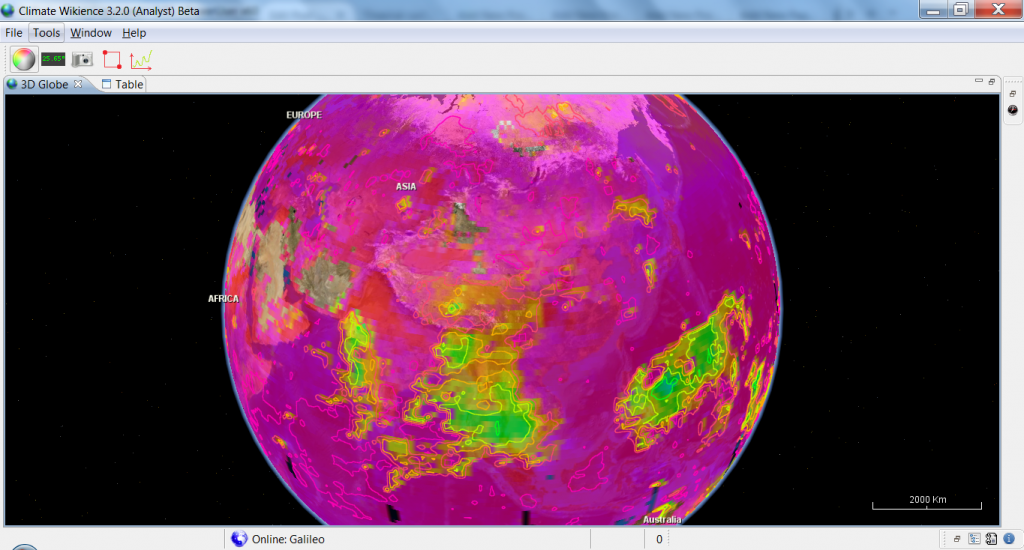 The 25th of August (2005) is the date for peak strength of hurricane Katrina. 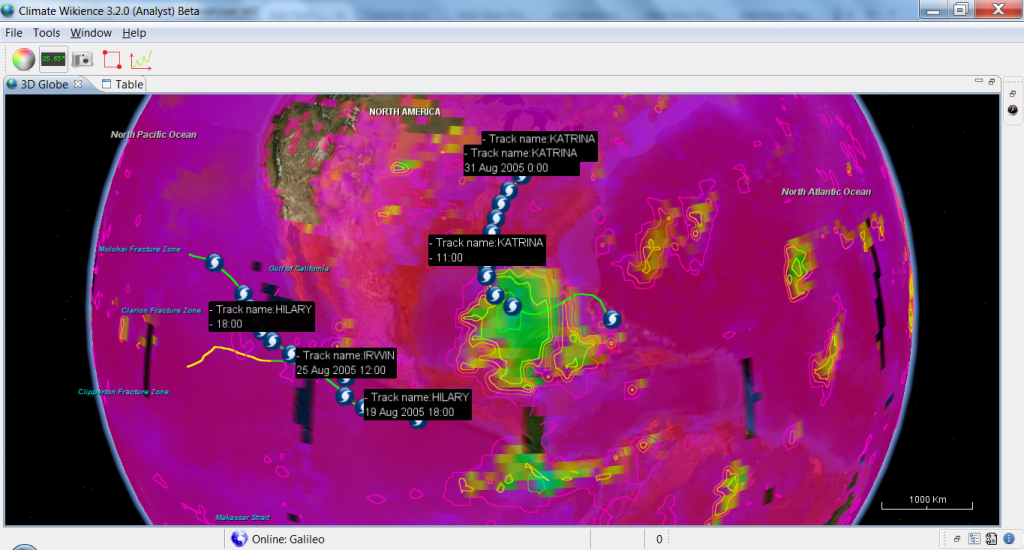 [12]
The same areas without tropical cyclone tracks and without surface. 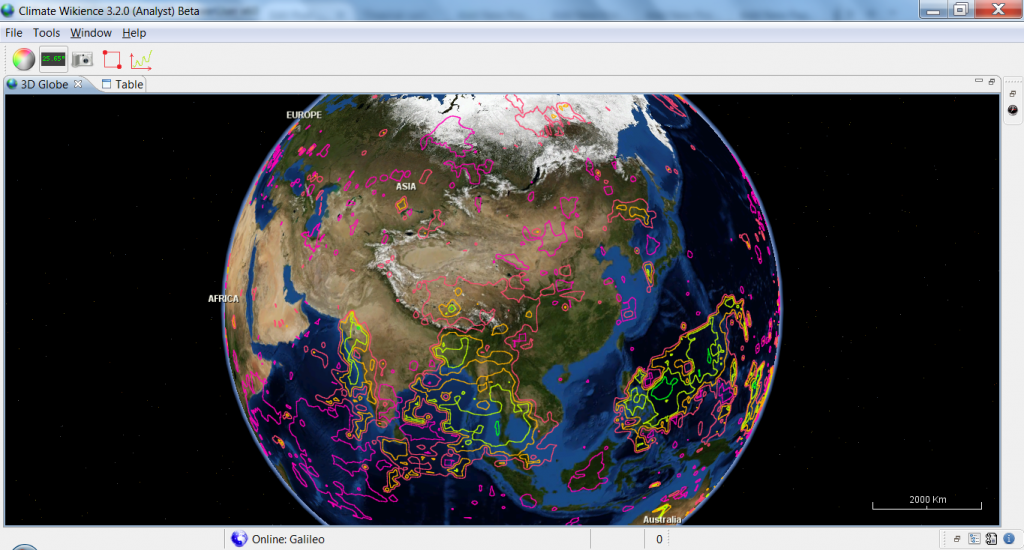 NASA MERRA Greeness Vegetation Fraction on the 28th of August, 2010. 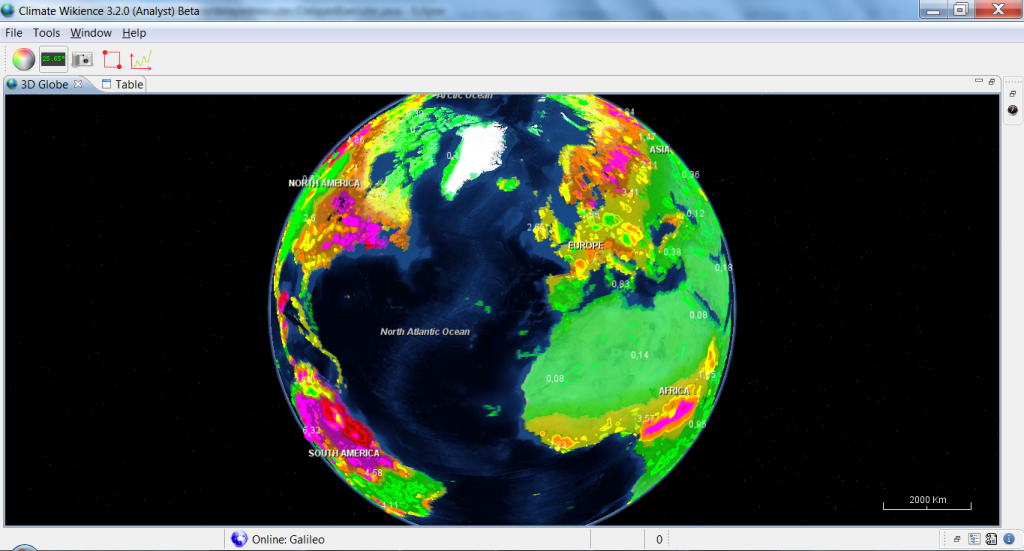 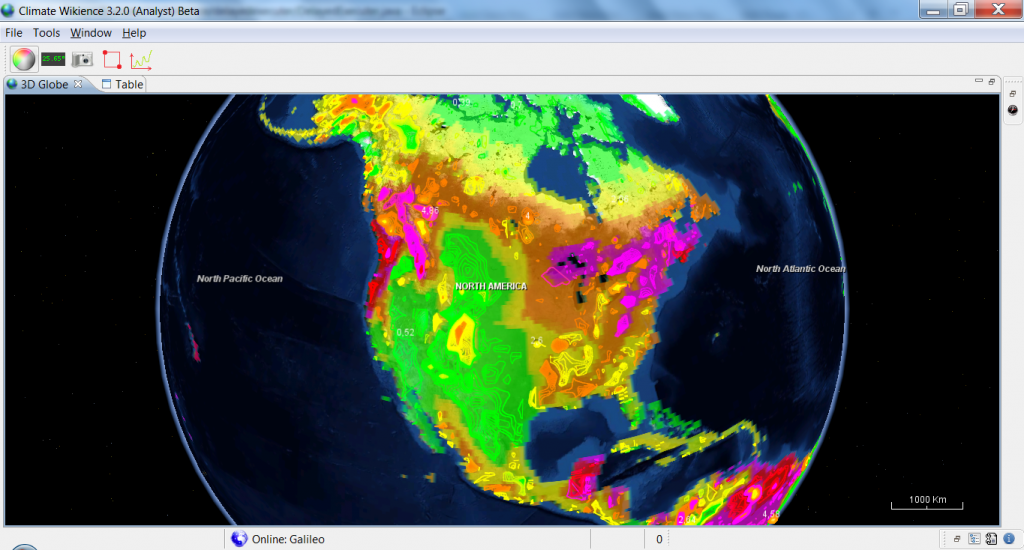 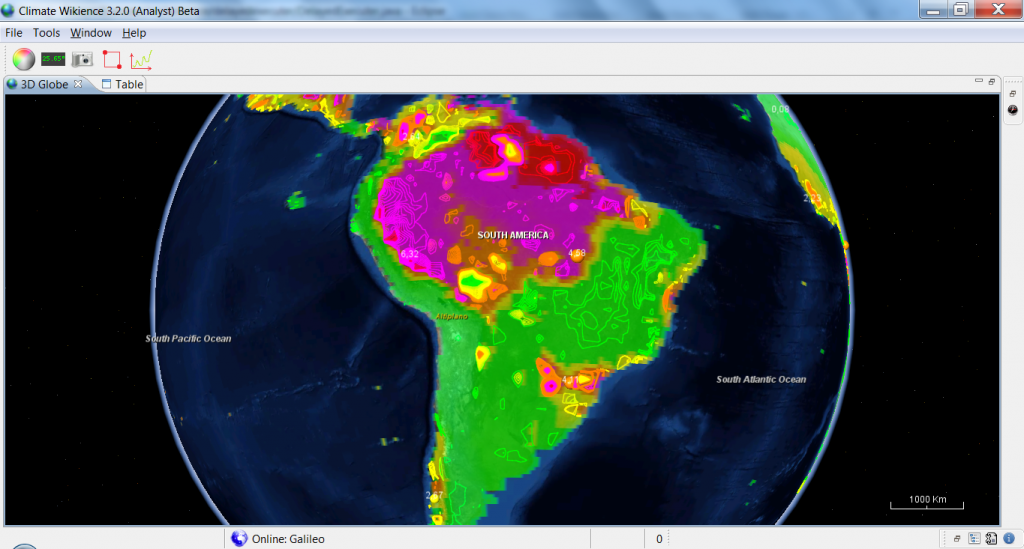